My Perfect Husband's Life: A Story Of Love, Betrayal, and Forgiveness 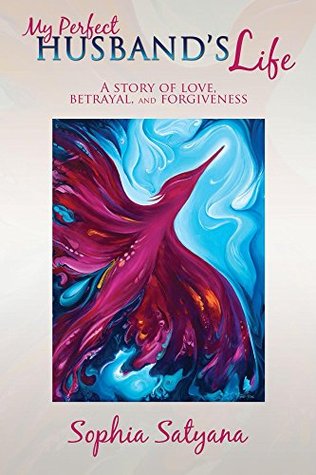 Author Sophia Satyana tells the true story of her husband’s sudden death at age fifty-six years old and the shocking story that unfolded of the secret life he had been living all along during their twenty-one year marriage.

Part 1 is the story of how Sophia finds out about this secret life bit by bit. Unraveling the clues from emails and other computer findings, telephone and credit card records; other important documents such as the deed to their home and the title to their car, and a suspicious, over-friendly co-worker reveal a less than perfect husband. Her husband had hidden a desperate sexual addiction, a deviant double personality, together with a six year office affair, unknown and known debt, and more.

On one of the darkest days of her life—the reception after her husband’s funeral—the light illuminated her situation for the first time. When her husband’s female co-worker carelessly flung a few cryptic words at her, it dawned on Sophia that this woman knew far more about Sophia’s husband, her home, and her life than a mere co-worker should. That set Sophia Satyana on her path as a detective, heroine of her own life.
How could this have happened? His deception had been so complete that few in her circle would ever come to acknowledge the startling truth despite the mounting evidence to the contrary.

This is a riveting story of love and loss, of trust betrayed, of light and dark energies, all at play in a seemingly happy marriage. It is a story about healing the dark night of the soul that happens when your heart is shattered.