FloorIt!: Everything I Need To Know I Learned From A Screwdriver 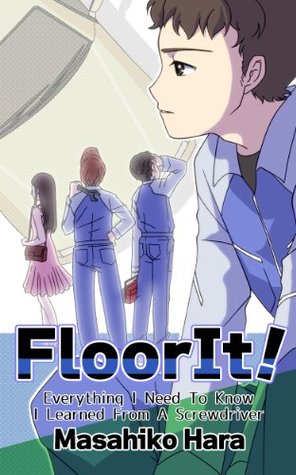 This is a guide book to help your life grow and develop even when you are in a difficult situation.
The non-fiction story of a man born with a physical handicap, who had no dream and no hope, and yet became the No.1 mechanic of the TOYOTA Corporation!
To live in a different “tomorrow”; to realize your dreams; the success story of this Toyota mechanic will floor your own "positivity accelerator"!

< Author's note >
MASAHIKO HARA
Masahiko Hara is a descendant of Takashi Hara, the 19th Prime Minister of Japan. He worked for TOYOTA, and won the Toyota Skills Festival to become the youngest top mechanic at age 23. However, when he was at high school his grades were low and he refused to go to school. Instead of going to school, he got his driver's license earlier than anyone else and played around with his much-loved car all the time. Eventually, he was kicked out by his parents and he had to live on his own. Then he earned a diploma in automobile mechanics, aiming to be a top-level engineer. He started to work for TOYOTA, here he repaired 5,000 cars. He also participated for the second consecutive year in the Idea Tool Contest, a competition for developing new ideas for tool improvements.
After he moved to the IT industry, he contributed to the "No.1 Customer satisfaction measurement 5 years in a row" as a member of the PC customer support team at Dell Computers.
Now he is preparing the start-up for a new business at an IT support company.

◆Why I wrote this book
☆ I want to tell everyone about the mechanics' "engineer spirit" in supporting the Japanese automobile industry, where we have pride in car technology!
☆Hoping Toyota regains their energy and drive to be on top of the world again!
☆Everyone can change "tomorrow"! I want you to see that you, too, have a chance to make a "success story" out of even a very ordinary daily life.