Christ and the Maya Calendar: 2012 and the Coming of the Antichrist 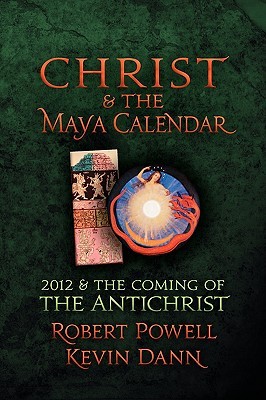 In The Book of Chilam Balam of Chumayel, it is said:

Katun 11 Ahau is set upon the mat, set upon the throne, when their ruler is set up.... The heavenly fan, the heavenly wreath and the heavenly bouquet shall descend. The drum and rattle of the lord of 11 Ahau shall resound, when flint knives are set into his mantle.... Ahau 11 is the beginning of the count, because this was the katun when the foreigners arrived. They came from the east when they arrived. Then Christianity also began. The fulfillment of its prophecy is [ascribed] to the east.... This is a record of the things which they did. After it had all passed, they told of it in their [own] words, but its meaning is not plain.

Despite the explosion of books, videos and TV shows that claim to penetrate the mystery of "2012"--the numerical shorthand for the completion on December 21, 2012, of the thirteenth B'ak'tun cycle in the Long Count of the Maya calendar--consensus about its meaning seems to remain elusive. The discussion about the significance of 2012 falls generally into two distinct camps: "New Age" authors who see this date as marking the advent of an imminent, universally accelerated psychic/spiritual evolution and professional astronomers and ethnologists who generally discount such metaphysical claims.

Christ and the Maya Calendar approaches the significance of 2012 by spiritually penetrating phenomena of today. Drawing on the book of Revelation--which provides an archetype for understanding spiritual history, as well as Rudolf Steiner's Apocalyptic indications--a completely new context for grasping the end date of the Maya calendar emerges. In a November 1919 lecture, Steiner made a stunning remark: "Ahriman skilfully prepares his goal beforehand...[and] will find an important instrument for preparing his incarnation. His incarnation is undoubtedly coming, and this lack of insight will enable him to prepare it triumphantly."

The subtitle of this book ("2012 and the Coming of the Antichrist") refers to this coming incarnation of Ahriman. Indeed, Rudolf Steiner narrowed the timeline for Ahriman's incarnation, saying it would come "before only a part of the third millennium has run its course." In 1919, Steiner revealed more about the impending incarnation of Ahriman, saying almost offhandedly that Ahriman's name might be "John William Smith." With this remark, he clearly pointed to the incarnation occurring in the English-speaking West, while other remarks made it is certain Steiner meant that the incarnation would take place in America.

In addition to penetrating the spiritual background of our time in relation to the coming of the Antichrist (the incarnation of Ahriman), the authors explore the significance of the Mexican mysteries and present a wealth of new research with the intention of helping the reader to navigate the Apocalyptic scenario currently shaping up, with the global financial crisis as one important expression. Most important, the authors refer to the Second Coming of Christ as the true event of our time; the incarnation of Satan/Ahriman is its shadow. The authors also show the significance of Divine Sophia as the antidote to negative consequences of Ahriman's incarnation.

Finally, as a positive manifestation of the world of spirit in our time, the book discusses the significance of the young anthroposophist, Judith von Halle, who since Easter 2004 has born the stigmata, the visible signs of the wounds of Christ.