Beyond the Battlefield: The War Goes on for the Severely Wounded 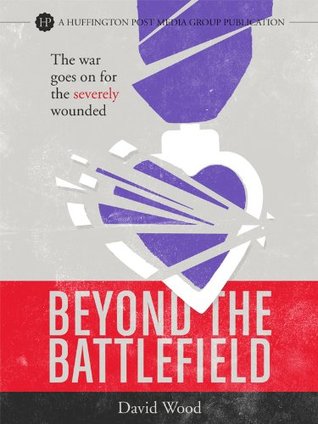 In March 2011, The Huffington Post commissioned its veteran war correspondent, David Wood, to document the struggles of severely wounded veterans, their families, and the medics, surgeons, nurses, psychologists and researchers dedicated to their healing. Wood spent nine months in their world.

The result is our third e-book, "Beyond the Battlefield," an intimate portrait of the soldiers and Marines who volunteered for wars in Iraq and Afghanistan, and what happened to them after bomb blasts and bullets changed them forever. First published as a 10-part series, this e-book is an expanded version, including a foreword and several new chapters, as well as some of the most poignant photography and revelatory graphics from the original series.

Wood, who has covered wars in Africa, Central America and the Middle East, has made nine reporting trips to Iraq and Afghanistan, where he has accompanied soldiers and Marines on numerous combat operations. A former correspondent for Time Magazine, the Los Angeles Times, Newhouse News Service and the Baltimore Sun, he was a Pulitzer Prize finalist for national reporting.

As Wood's work revealed, one of the enduring legacies of the wars in Iraq and Afghanistan are the young Americans who have come home severely, catastrophically wounded. They come home not to parades and honor guards and flags, but with terribly burned faces, amputated limbs, traumatic brain injury and other psychological wounds. And once home, veterans and their loved ones are often left alone to deal with years of recovery and the lingering effects of those injuries. And yet that is the good news, Wood said. A decade ago most of them would have died on the battlefield. They are now being saved, thanks to fast-paced improvements in military trauma medicine. Yet the long-term quality of life for them is uncertain, and the costs of lifetime care can be staggering. There are more than 16,000 of them, and while many Americans are eager to know them and to offer help where it's needed, they are largely without voice, invisible and unknown to most of us.

"Beyond the Battlefield" changes that.