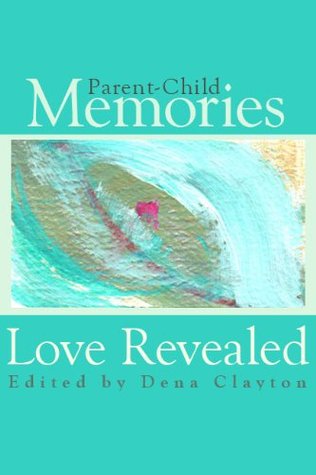 Parent-Child Memories: Love Revealed, is the second anthology in the Love Revealed series. Readers are welcomed by ten spirited authors who dare to ignite memories of their parents and children that are reflective, transformative, raw, or funny. New lights shine brilliantly on topics that include compassion, child and parent losses, hope, breastfeeding, eating disorders, forgiveness, and reunion. These true stories hold a potential to heal soul wounds, as did the preceding collection in the book, Mother-Daughter Memories: Love Revealed.

Would you like a glimpse of the themes in Parent-Child Memories? Read on.

One mother, Nancy, takes us on a journey of courage, compassion, and heart-centered parenting as she supports her teenage son struggling to overcome an eating disorder. Corby, a momma of three young ones, describes the personality of each as first witnessed during their periods of breastfeeding. Alison reveals complex portraits of two strong and vulnerable women at the age of twenty-seven: her daughter and herself. Susan, the mother of two, writes of her unwillingness to accept the death of Liz, her oldest daughter; as she makes her way through unrelenting grief, she discovers grace. The path of a daughter’s longing leads K to unexpected places.

Sindee, an adult daughter, sees her mother with new eyes as she accompanies her on an otherwise ordinary shopping trip. Krishnakamini tells the tale of the long road to finding her mother, and ultimately, to saying goodbye. Marilyn invites us into moments from her son’s and daughter’s childhoods that gave her clues to their spirituality. Coping with her father’s illness and surgery, Carol finds a new and healing way into her relationship with her mother. As a young girl in South Africa, Moo has an unforgettable night at the theater with her mother.